Home › Blog › Get Early Removal of Ignition Interlock in Colorado

Who is Eligible for Early Removal of Ignition Interlock in Colorado?

Early Ignition Interlock removal in Colorado is available for qualifying first-time offenders. Individuals must be at least twenty-one years old at the time of the violation. The conviction giving rise to the initial license revocation must have been for a first-offense DUI or DUI per se requiring only a nine-month license suspension.

Repeat offenders are not eligible for early Ignition Interlock removal. In addition, first-time offenders designated as persistent drunk drivers due to a refusal or high BAC are not either.

How Does an Eligible First-Time Offender Qualify for Early Removal?

First-time offenders in Colorado who receive a nine-month license revocation can apply for license reinstatement with an Ignition Interlock restriction after one month.

If the driver receives four consecutive successful monthly reports after the license is reinstated, they qualify for early removal. However, the DMV can refuse to grant early removal if it has received any evidence that:

In most cases, the DMV will automatically provide successful first-time offenders with notice of early removal eligibility after receiving the required successful reports from the Ignition Interlock provider.

How Long Does Receiving Eligibility for Early Removal of an Ignition Interlock in Colorado Take?

The short answer is that an eligible first-time offender can earn back an unrestricted license in as few as five months. This means one month of no driving followed by four months of Ignition Interlock. However, it is important to be careful when calculating the time period.

So, if the first report did not include an entire month, the 120-day period will run into the fifth month. The DMV must receive reports demonstrating zero failed start attempts over a 120-day period before early removal will be granted.

The DMV will receive all the data it needs to make its determination. There will usually be a one-to-two-week lag period before the DMV reviews the data and issues an eligibility letter.

The restriction officially remains in place until the driver has qualified for AND obtained an unrestricted license. That is, the notice of eligibility provided by the DMV alone does not lift the restriction. Drivers should not remove the Ignition Interlock from a vehicle until they have a re-issued, un-restricted driver’s license. In addition, drivers also shouldn’t operate a vehicle without a device installed.

What if a Driver Doesn’t Receive Notice of Eligibility?

The DMV will automatically send notice of eligibility for early removal to the driver after receiving four monthly reports showing no failed start-up attempts or signs of tampering or circumvention.

A driver who believes he or she is eligible for early removal of their Ignition Interlock, but who has not received an eligibility notice within a few weeks of the fourth successful monthly report, can call the DMV Interlock Department at 303-205-5613 to confirm eligibility.

If denied, a driver has the right to request a hearing to review the driver’s eligibility. At the hearing, the driver will be permitted to present evidence of compliance with the early removal requirements. The DMV will present any evidence of non-compliance.

If you have any questions about qualifying for early removal of Ignition Interlock in Colorado, you should consult with an experienced DUI Law attorney who can guide you through the process and advocate on your behalf if a hearing ever becomes necessary. 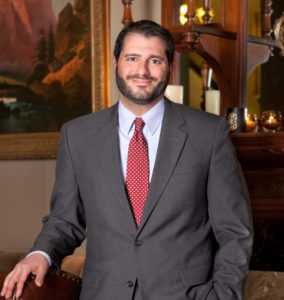 Need an Ignition Interlock in Colorado?

Smart Start is Colorado’s ultimate Ignition Interlock provider with a reliable device and 24/7/365 customer service. Call our Customer Care Center today at (800) 831-3299 or fill out our online form to set up an installation appointment.