Are you scheduled for an Ignition Interlock extension hearing in Colorado, but you’re not sure what to expect?  Let’s go over how extension hearings work, and what you can do regarding next steps in your program.

Colorado has a “three strikes and you’re out” policy when it comes to Interlock-restricted licenses.  In this case, a “strike” is a failed monthly monitoring report, and an “out” means extension of the license restriction. If the Interlock device prevents a vehicle from starting at any point during a given month due to a failed BAC event, the monitoring report for that month will be a “fail,” and the driver will earn one strike. If the driver receives a failed report in three different months within any consecutive twelve-month period, the driver’s Interlock restriction will be extended for up to another year beyond the original term.

Important! A single failed month is not counted as a “strike” for more than one extension review.  So, if the restriction has been extended previously, the strikes from the first extension cannot count as strikes toward a later extension.

After the Third Strike

After a driver receives a third strike, the DMV issues a notice of suspension. The notice advises the driver of the incidents leading to the failed monthly reports – usually, lockouts resulting from a breath alcohol content reading that was at or above the device’s set fail limit.

Upon receiving the notice, the driver has essentially two choices:  acknowledge the violations (thereby consenting to the one-year extension of the Interlock restriction) or request a hearing to challenge the ruling or ask for a lesser period of extension.

If the driver accepts the extension, he or she does not have to do much other than sign a new Interlock lease that extends the original agreement for another year and try to avoid any future lockouts. Keeping the Interlock lease intact is important because, if the lease lapses, the driver will lose driving privileges until a new lease is in place and a reinstatement fee is paid.

Important!  Some Ignition Interlock companies require long-term leases, which will put you in a bind. Smart Start offers month-to-month leases, so no long-term contracts!

On the other hand, a driver who extends the Interlock lease in response to the notice of violation effectively waives the right to a hearing. So, drivers who intend to contest the Interlock extension should not renew their leases until after their hearing.

If a driver requests a hearing to challenge an extension notice, the hearing request delays the commencement of the restriction extension until after the hearing.  Hearings are generally scheduled promptly, usually about one month in advance.

Prior to the hearing, the Hearing Officer will analyze the data reported by the driver’s Interlock device, and the hearing itself will primarily involve evaluation of that data.

Based upon the results of the hearing, the Hearing Officer has authority to:

(1) uphold the extension as issued,

(2) overturn the extension, or

(3) sustain the extension but reduce the length.

In making this determination, the Hearing Officer will consider all of the Interlock data recorded during the entire time the restriction has been in place.  Along with all this data, the Hearing Officer will also consider “aggravating and mitigating” factors. These are factors outside of the raw data itself, which weigh in favor, or against, overturning or reducing the extension.

The circumstances of the driver’s lockouts can be a mitigating factor suggesting a reduced extension.  For example, if the driver received only three strikes during a twelve-month period, with each failed month including only one lockout, the Hearing Officer may view a reduced suspension as appropriate.

Whereas a driver with multiple lockouts per month and more than three failed months is less likely to receive a reduction. Similarly, a driver whose lockouts resulted from breath alcohol content barely over the lockout threshold has better prospects for a favorable ruling than a driver whose test results were considerably over the limit.

Other factors the Hearing Officer will take into consideration include:

Drivers are permitted to submit additional mitigating evidence of other factors which might weigh in favor of reduction or reversal of the extension.

Extension hearings can be complicated, and drivers are not always aware of all factors considered by the Hearing Officer or how best to present mitigating evidence.  Thus, with a year or more of restricted driving privileges on the line, having a skilled DUI attorney advocating on a driver’s behalf can considerably increase the chances of a favorable ruling. Anyone scheduled for an extension hearing, or considering whether to request a hearing, should consider consulting with an experienced Colorado DUI attorney. 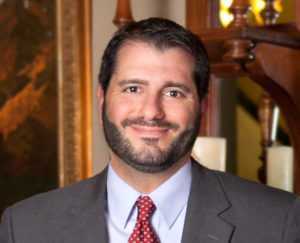 Need to Install an Ignition Interlock in Colorado?

If you need to install an Ignition Interlock in Colorado in your vehicle, choose Smart Start. We will help you get back on the road the quickest with an affordable program, expert help and a reliable device. Schedule your installation appointment today by calling (800) 831-3299 or by filling out our online form.