In 2015, a client named Linda K. came into my office to discuss her 2nd DUI arrest with me. After the meeting, it was clear that I had given her good legal advice. It was equally clear that she got to know me as a lawyer AND as a person! She clearly liked me and trusted me. Thus, she hired me, and we were “off to the races.”

I worked the prosecutor hard. Motion after motion, I was relentlessly working the case. Then one day the phone rang and it was the prosecutor. It went like this…

“What will it take to make you go away?”

“I’ll take a reduction to Reckless Driving in a New York minute and go away very quietly.”

He gave it to us, and we resolved Linda’s 2nd DUI case. I had performed a miracle and had prevented Linda’s driver’s license from being revoked.

You Have a Problem

After Linda’s case concluded, I sat down with her and told her in my opinion that her alcohol problem was much greater than had been detected. I urged her to consider additional counseling and treatment.

“Linda… I’m not kidding you… you need to get into REAL treatment and REAL RECOVERY… please… because the next DUI will be a felony DUI!”

Like all my other clients, she assured me that she didn’t really have a problem with alcohol, and that she had no problem quitting. After all, she had quit hundreds of times! I wished her well and gave her a business card.

“This is for when you need me again… and trust me… it won’t be long.”

Before you could say “Jack Robinson,” Linda was arrested for her 3rd DUI. By now she had learned what to say, what not to say, to be polite and to not answer any questions. The problem was that this was the same jurisdiction as the last DUI. After obtaining discovery it was clear that Linda had a case that could be defended and could be won. I felt confident that I could win it for her. But I asked myself a question.

Will winning Linda’s case really help her… or just delay the inevitable?

A Real Problem with Alcohol

In the meantime, I sat down with Linda and discussed the subject of getting her into recovery. Linda finally realized that she had a real problem with alcohol. The next day Linda went to her first Alcoholics Anonymous (AA) meeting.

While Linda’s case progressed, the prosecutor and I went to trial on two other cases (one with a breath score over .08). In both cases I had gotten verdicts of Not Guilty. He knew what I can do at trial.

I casually suggested that I would win Linda’s latest case, too. But rather than winning Linda’s case, how about a “WIN-WIN” situation? After all, if I won Linda’s case, all she was going to do was go out and endanger herself and other people. But in a WIN-WIN situation, Linda would get into recovery and not endanger herself or others. He was intrigued.

Out of The Box Thinking

I suggested that Linda be placed on a portable breath machine and be monitored 4 times a day while she was out on bond. I contacted Smart Start to obtain a portable device.

Smart Start’s SMART Mobile only cost Linda a few dollars per day. In contrast, the closest competitor was double the amount. Plus, the SMART Mobile had a built-in camera to take a photo of each breath test.

The additional benefit to this device was the ability for Linda to wear dresses and skirts in public without anyone having the knowledge or fear that Linda was being monitored for any criminal offense. Linda could be monitored without the fear of being judged or looked down upon by others since she didn’t have a big, black object strapped to her ankle! Linda was also able to take a bath and go swimming without worry. You can’t do that with a trans dermal device!

The Illinois rep for Smart Start was Susan Harrod. Susan was so helpful in assisting Linda in getting her portable device and training her how to successfully provide a sample. After it was set up, Smart Start’s Jared Holmes planned for both me and the prosecutor to get weekly downloads of all of Linda’s test results.

Once a week I’d review the test results before I called the prosecutor to ‘oooh’ and ‘ahhh’ at Linda’s successful transition from “offender” to “abstinence defender.” As each week went by, Linda racked up more recovery and more credibility.

Linda continued with AA, got a sponsor, continues to work the 12 steps, has identified her relapse triggers and developed a relapse prevention plan. All of this, plus months and months of clean tests, proved to the prosecutor that this outcome was going to be a WIN-WIN situation.

Thanks to Linda’s hard work in recovery, a little outside-of-the-box thinking by me, and the help of the entire Smart Start team, including Susan and Jared, everyone won! A great outcome, a woman in recovery, a felony conviction avoided and the streets are safer.

Smart Start helped us win the war without firing a shot! 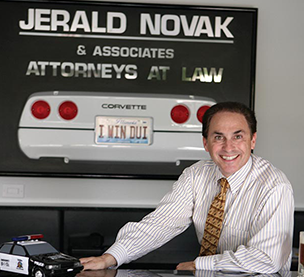